Press Release – RIVERSIDE, Calif. (www.ucr.edu) — A team of researchers led by a University of California, Riverside scientist has been awarded a $4 million grant from the U.S. Department of Agriculture in an attempt to save the United States citrus industry from a disease that has already devastated the industry worldwide.

Huanglongbing (HLB), also known as citrus greening disease, is a bacterial plant disease fatal to citrus trees. The disease has devastated citrus trees in Asia, South America and Florida. More recently it has been found in Texas and California.

“This disease is getting more and more scary because we have no cure,” said Wenbo Ma, an associate professor of plant pathology at UC Riverside and lead researcher on the project. “Once a tree is infested all a grower can do is watch it die.”

Ma and the other scientists will use the funding to study the disease at a molecular level to identify ways to stop it from killing citrus trees and develop varieties that are resistant to the disease. The project will be the first attempt to understand differences of HLB in different citrus growing areas. In this case, they are focused on California, Florida and Texas.

The researchers will identify genes that make citrus susceptible to HLB and use the recently developed CRISPR-based genome editing approach to modify those genes. They will not be introducing foreign genes into the citrus. Instead, they will deactivate or modify native citrus genes. Genome-edited crops are not considered genetically modified organisms, or GMO.

Past research has shown that certain species of bacteria are associated with HLB. In the United States, the dominant species is Ca. L. Asiaticus (Las).

Genome sequencing has revealed that Las contains the Sec secretion system, through which a variety of proteins, called effectors, can be secreted into the citrus phloem. Ma compared effectors to missiles being released into the citrus, causing damage and making the plants sick.

Past research by the team has shown that effectors, which they call SDEs (sec-delivered effectors), are promising detection markers for HLB diagnosis and excellent molecular probes to understand how HLB develops. Specific activities and processes in citrus that are targeted by Las SDEs are promising targets for modification using the CRISPR-based genome editing approach.

Ma has two collaborators from UC Riverside: Georgios Vidalakis, a cooperative extension specialist and director of the Citrus Clonal Protection Program; and Xin Ge, an assistant professor of chemical and environmental engineering at the Bourns College of Engineering. Vidalkakis will disseminate the research findings to people in the citrus industry in California, which is valued at nearly $2 billion. Ge will develop highly specific antibodies targeting SDEs for HLB detection.

This press release was originally published by Sean Nealon at UCR Today: http://ucrtoday.ucr.edu/34850 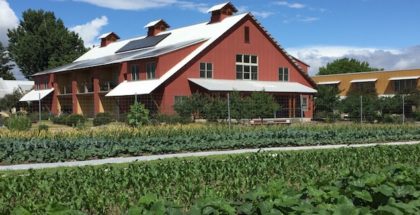