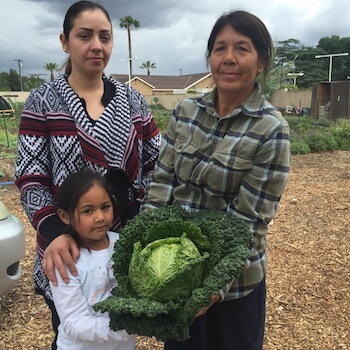 “Our interest would be to see that the whole city has gardens like this one,” says Levine. “We want to see one garden every mile. Each garden would be part of everyone’s life in some way.”

Levine also operates a small commercial farm at Huerta del Valle on which three members of the community work in exchange for a portion of the proceeds garnered from sales at farmers’ markets and to local area restaurants. Levine says the commercial farm functions not only to provide operating income to the community garden if and when the grant money runs out, but also as a vehicle to employ people from the neighborhood who want to learn farming.

But, perhaps most importantly, Levine sees the garden as a way to introduce healthy eating habits into a poverty-stricken neighborhood.

He points to the example of Maria Teresa Alonso. She lives in the neighborhood near Huerta del Valle Community Garden and had been encouraged by a doctor to feed her family better food.

Alonso became involved in the garden through a “Spanish in the Community” language mentorship program for Pitzer students in which local women were teaching Spanish to the students. But the relationship went both ways. As Alonso was supporting students learning Spanish, students also supported Alonso, and other women like her, by putting ideas about growing better food in the garden into action.

“Everything is decided there,” says Levine, “workdays, garden organization, organizing volunteers, events we might have.” 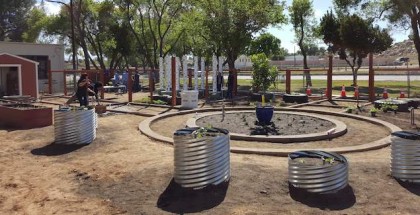