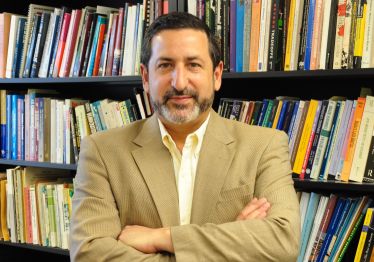 Economist Steven Helfand is part of an international team studying the future of small farms.

Press Release – RIVERSIDE, Calif. – What is the future of small farms in the United States and around the world?

UC Riverside economist Steven M. Helfand is part of an international team that hopes to answer that question, in part, by examining how productivity growth in agriculture has differed for small and large farms on five continents. Their findings may help policymakers around the world determine how best to support smaller farms that may have higher land productivity but lack the resources to be competitive in the marketplace.

Helfand has been awarded a $100,000 grant under a cooperative agreement from the U.S. Department of Agriculture’s Economic Research Service to analyze farm productivity in Brazil. Other researchers – from the University of Connecticut, USDA’s Economic Research Service, the World Bank, the Paris-based Organization for Economic Co-operation and Development, and Australia’s Bureau of Agricultural Economics – will examine conditions in the U.S., Brazil, India, Bangladesh, Malawi, Tanzania, Uganda, the United Kingdom, the Netherlands, France, Australia and Ukraine.

“The U.S. and Brazil have a lot in common in that they each have a lot of large farms, although Brazil has a lot of small farms, too,” Helfand said. Small farms in the United States are disappearing as they find it increasingly tough to compete against mega farming operations, he added.

Raising agricultural productivity is central to feeding the world’s growing population with sustainable use of natural resources, Helfand said. “However, there is considerable policy confusion regarding the relationship between technological innovation in agriculture and farm structure: Is agricultural productivity growth being driven by large farms? Would a policy focus on raising productivity of small farms entail a significant cost to the overall growth of this sector of the economy? This issue has critical implications for both growth and equity, and is being asked by decision-makers in government, industry and the nonprofit sector in both developed and developing countries.”

In the first phase of the project, researchers will analyze farm productivity data in 10 countries by measuring total factor productivity (TFP) rather than land productivity.

Small farms typically have higher land productivity and lower labor productivity than large farms, Helfand explained. When all production costs (TFP) are calculated, such as labor and pesticides, it is much less clear which farm size has the advantage. Mechanization enables large farm operations to keep their labor costs down. Production quantities and quality tend to be more homogeneous on large farms, and the ability of supermarkets to buy from one producer rather than many is more appealing as well, he said.

In Brazil, where nine of 10 farms are smaller than 220 acres, the number of mega farms is increasing. Both large and small farms have experienced productivity growth, however. Medium-sized farms – which range from 200 to 1,000 acres – are struggling. Helfand hopes to determine why.

The second phase of the two-year project will examine agriculture policies that enable productivity to grow. For example, might cooperatives enable small and medium farms to be more competitive in the marketplace? In parts of Asia and Africa, where half of the workforce is in agriculture, should government policies support large farms, or can small to medium farms be part of a development strategy?

“Many small farms have high productivity, but their problems lie outside of farming,” Helfand explained. “For example, supermarkets would rather buy from one producer than from many because marketing and transportation costs are lower. Small farms have a harder time meeting standards of quality and quantity. The obstacles for small farms come not from production but rather competition outside the farm.”

Policy-makers who hold up farming practices in Brazil as a model for Africa “misunderstand what the Brazil model is,” Helfand said. “They think that mega farms are the model of Brazil. They are not. There are places in Africa and Asia where two-thirds of the population still works in agriculture, millions of people on tiny farms. In Brazil, less than 20 percent of the workforce is in agriculture.”

This press release was originally published by Bettye Miller on UCR Today: http://ucrtoday.ucr.edu/34205