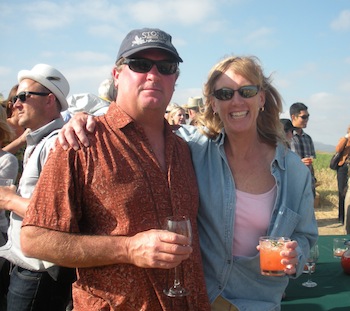 The ability to adapt is a necessary skill for survival in many arenas, especially in farming. David and Tina Barnes of Crows Pass Farm in Temecula, California know this truth from their own experience.

The farm was founded by the Barneses in 1991 and until recently produced a wide variety of crops including lemons, tangerines, oranges, strawberries, spinach and more.

To insure the economic sustainability of their farm, the Barneses initially employed a direct-to-restaurant business model and as recently as 2010, this approach led to success. At that time they were selling food directly to 45 eateries and business was booming.

Citing drought conditions, economic downturns, changing market conditions, an upcoming state minimum wage increase to $15 per hour, and the need to compete against produce growers who sell at a cheaper price, the Barneses made the decision to retrench and change the farm’s business model.

“Other farms are done,” he says, pointing to the high cost of labor in California.

Now, in order to be sustainable, the Barneses are focused on growing. They’ve also drastically reduced the number of crops produced at Crows Pass. While they used to grow many varieties of produce, now they grow only one crop for the commercial market: a rare type of winter squash (they elected not to disclose the varietal). They’re also considering growing a rare variety of pepper (they declined to specify the type).

They got rid of their refrigerated trucks and rather than sell direct to restaurants, Crows Pass Farm now works with only one distributor: LA & SF Specialty. This wholesaler provides food to fine dining restaurants in California, Arizona, Nevada and Hawaii. It has certainly helped expand Crows Pass Farm’s market reach which, thanks to its new distributor, consists of more than 7,000 restaurants.

Even though the Barneses implemented this shift in strategy to bolster the bottom line, there have been losses unrelated to money as the farm’s new business model does not allow them to maintain the close connections that they once had with the region’s chefs.

“It used to be people at high-end restaurants were happy to see me,” David says. “I made relationships with lots of people.”

Crows Pass Farm has hosted large dinners on the property, and chefs were a prominent component of the guest lists. As satisfying as this was, working with LA & SF Specialty helps to ensure a secure future, even if many restaurants who buy from the farm don’t have personal relationships with the Barneses.

And to put their personal ledger sheets in the black, both David and Tina have off-farm jobs. David’s other job is also in farming—he is manager of Mountain Meadow Mushroom Farms in Escondido.

Looking to the future, the Barneses are eyeing a form of value-added agriculture, but David declined to go into specifics.

Hints of difficulties to come were evident four years ago, when Seedstock last wrote about Crows Pass Farm.

“The cost of what you do is rising faster,” David told Seedstock in April 2012. “You still have a higher cost of growing,” he said, alluding to the fact that adding new restaurant clients would not lead to major increases in viability.

Ultimately, the Barneses made the decision to alter their business strategy so that Crows Pass Farm can remain an economically viable enterprise.

“We’ve got to get creative now, with kids in college,” says David. “It’s a business—we need to treat it that way.”