When Santa Ana, California pediatrician and Orange County Public Health Officer Eric Handler ran into Mark Lowry of the Orange County Food Bank some years ago, he had two questions for him:

With an overarching goal to eradicate hunger in Orange County, the Waste Not OC Coalition recovers food by connecting restaurants and grocery stores with food recovery agencies. It distributes that food by connecting people in need with food pantries. It also educates donors, recipients and the general public about the importance of food donation and how to safely handle donated food. END_OF_DOCUMENT_TOKEN_TO_BE_REPLACED

A few years ago, Mary Petit and Eleanor Torres decided to tackle the problem of food insecurity in their local Upland area by working at a local community garden. Petit looked for an existing community garden with no success, so she and Torres began their own and named it the Incredible Edible Community Garden. END_OF_DOCUMENT_TOKEN_TO_BE_REPLACED

Below is a list of six Riverside County farms that produce a wide array of products for the local market ranging from oranges, goat’s milk and pastured lamb to value-added goods such as soaps and lotions. END_OF_DOCUMENT_TOKEN_TO_BE_REPLACED 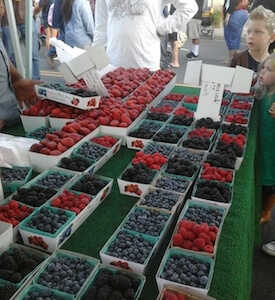 “Some people wanted a non-morning market,” she says. “It’s easier for some customers.” END_OF_DOCUMENT_TOKEN_TO_BE_REPLACED 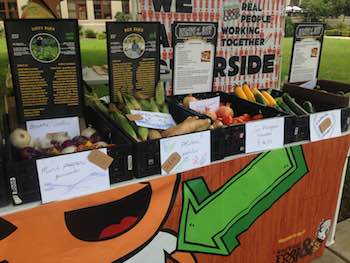 The most important word for the Riverside Food Co-op (RFC) is “local.” Its definition can be broad, but for Nick Melquiades, RFC core team operations manager, “local” has a very specific meaning.

“For us, local is micro-local,” Melquiades says. “Ninety-five percent of our produce comes from within 25 miles of downtown Riverside.”

The RFC formed in 2011 in response to the recession in Riverside, has eventual plans to open a store. Not having a physical retail location to sell local produce, however, has not prevented it from playing an outsize role in local food system development in the City of Riverside. END_OF_DOCUMENT_TOKEN_TO_BE_REPLACED 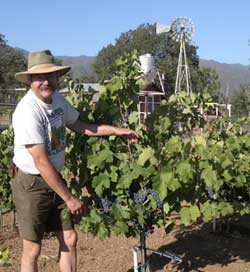 What is the state of the nation’s food system? Is it fundamentally broken and beyond repair? Does it need to be changed, and if so, how? What is it doing right?

To address these questions, we reached out to Stephen R. Gliessman, an internationally recognized leader in the field of agroecology, and the Alfred E. Heller Professor of Agroecology in UC Santa Cruz’s Environmental Studies Department, where he has taught since 1981. He was the founding director of the UCSC Agroecology Program (now the Center for Agroecology and Sustainable Food Systems) and is the author of the renowned and pioneering textbook Agroecology: The Ecology of Sustainable Food Systems. In 2008, Gliessman became the chief editor of the internationally known Journal of Sustainable Agriculture.

Here is what we learned:

What is the state of the food system?

The current state of the food system is unhealthy. There is too much emphasis put on the business of growing food rather than long-term stewardship, care for the earth, and the people who grow food. That, I think, is a more important part of what’s going on. It’s amazing what the current food system is able to produce in terms of calories, but it’s also amazing in terms of what it doesn’t produce in terms of healthy nutritious food. END_OF_DOCUMENT_TOKEN_TO_BE_REPLACED 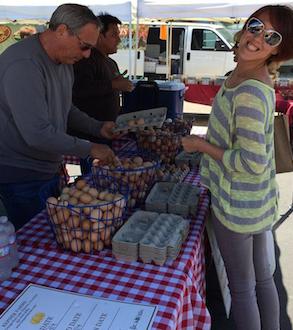 Near Lake Elsinore, California, a former dude ranch is now home to pastured lamb and poultry.

Its transformation began when Carl Kepner inherited the land in 2010 and began Kepner Farms. It took some trial and error, however, for the business to arrive at its current incarnation.

Kepner started with aquaponics, and by 2012 was selling agricultural products. But he did not like the overall performance he was getting through his aquaponics operation, and switched over to traditional planting.

But realizing that growing fruits and vegetables was too labor-intensive for his liking and wanting to make permaculture a central theme of his operation, Kepner decided to raise pastured lambs and chickens. Now, Kepner Farms features 2,000 chickens and 250 head of sheep and lambs. END_OF_DOCUMENT_TOKEN_TO_BE_REPLACED 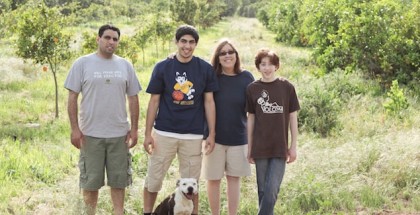 The Grove, a diversified and certified-organic family farm in Riverside, CA used to grow only citrus fruit and avocados. But in order to survive a changing market, it has diversified to include a wide array of organic produce.

Hassan Ghamlouch and his wife, Deborah, have operated The Grove for more than 13 years. Their sons Zachary and Jacob are also key contributors to the operation.

The farm has been in the family for four generations, dating back to the late nineteenth century when it primarily produced navel oranges. When Deborah’s parents wanted to sell the farm in the early 2000s, she and Hassan decided to purchase it and take over. They based their decision partly on the fact that The Grove’s orange trees are part of the original rootstock planted well over 100 years ago.

But Hassan and Deborah knew that if they wanted to keep the farm in their family, drastic changes were inevitable and necessary. END_OF_DOCUMENT_TOKEN_TO_BE_REPLACED