“Beyond growing vegetables, beyond growing soil, we’re building community through agriculture,” says Dave Victor of Orchard Gardens Neighborhood Farm and Community Garden. “That’s a big part of the mission, a big part of the vision for the farm. It’s all about providing healthy fresh local food for low income people.”

Dave Victor, after five years honing his growing skills with Garden City Harvest, became the manager of Orchard Gardens Neighborhood Farm just last year and he couldn’t be happier with his new position.

“Just like any sustainable agriculture farmer the focus is on building soil,” says Victor. “I tell people that I’m a vegetable farmer but first and foremost it’s all about growing soil and building that soil ecology.”

Using a diversity of growing techniques and products, Victor and his team integrate urban food growing with urban community growing focusing on building a firm relationship with the local youth.

The farm sits against the fence of the Orchard Gardens Apartment Complex on the west side of town in Missoula, Montana. Founded in 2005, the farm covers two acres of historically agricultural land in an area now occupied by housing projects and busy roads. The farm is a partnership between Garden City Harvest—Orchard Garden’s umbrella organization firmly established in Montana’s community and urban agriculture movement—and Homeword, a sustainable housing construction company. Together they planned the construction of the farm in unison with the construction of the apartment complex. The land needed for the farm meant that some of the complex’s parking space went underground.

Three paid staff positions, two long term interns and 20 volunteers made up the bulk of the farm’s work force this year. In the last growing season, Orchard Gardens produced 19,000 pounds of food using bio-intensive growing methods on half an acre of land. In addition to growing seasonal vegetables, the farm contains a small fruit orchard, herb and flower gardens, and a community garden.

The farm produces over 30 different varieties of vegetables for its 25 CSA customers and also sells culinary herbs and orchard fruit. CSA members can also participate in a u-pick flowers program during the 18 weeks of their CSA program. Orchard Gardens is a “combination site” also housing a community garden with rentable 15 x 15’ plots. One of those plots is ADA accessible with raised wooden garden beds. ADA plots are common among Garden City Harvest community farms.

The produce is distributed to members of the farm’s CSA as well as to the local community through its farmstand outside the apartment complex every Monday and Thursday night. The CSA operates on a sliding scale and runs from June through October. The surplus produce is sold to the community at a vastly reduced rate. Children living in the housing complex, ranging in age from 3 to 13, spend a lot of time on the farm and around the farmstand helping with set up and learning about the vegetables.

“As soon as they all see us out there setting up, they’ll all come running over immediately,” says Victor. “They like to help us carry out boxes of food or help us set up our tables, spread out the tablecloth and in return we give them carrots and peas and green beans and they just love that.”

The children are a core piece of the puzzle for Victor and one of the main reasons he goes to work in the morning. The opportunity to educate and build relationships while instilling a love of fresh food is important to the mission of the farm and Victor hopes all of its farmers.

“We’re in a cool position where we can take these kids under our wing and teach them more than just farm stuff. We can teach them about being polite, being respectful…you know, just every day lessons. And that’s very unusual for a farmer to have that opportunity to do that but it’s very rewarding,” says Victor. “Even if we can’t make a huge impact on the adult’s life, we’re starting fresh with this young generation, giving them access to fresh food. I think they’ll carry that with them in their life. I think that when they have kids they’ll incorporate that into their kid’s life.”

In addition to the usual urban farm amenities, Orchard Gardens has occasional cooking classes and is a popular field trip location. They operate a program with local physicians where patients trade prescriptions for fresh vegetables. Several veterans took part in this pilot program this past year and Victor believes its success will precipitate growth.

In regards to the farm’s future, Victor is hoping to put in a few more fruit trees this coming season and is researching growing seeds for one of the well known organic seed companies. “It would help raise some income for our program, but also to share our seeds with our community, with our community gardeners, just with Missoulians in general to be able to have locally produced locally adapted seeds for the community…it gives our gardeners another leg up,” he says. 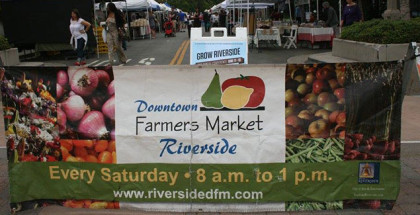