In September 2013, California passed Assembly Bill 551 (AB551), Urban Agriculture Incentive Zones (UAIZ), which allows cities and counties within the state to incentivize land owners to donate vacant or undeveloped land for urban agriculture use over a five-year period, according to information from the Los Angeles Department of Regional Planning. Land owners who participate will receive reduced property tax assessments in exchange for this allowance.

The requirements to participate include parcels between 0.10 and 3 acres, a minimum contract of five years, complete use of the land for agriculture purposes, and no prior physical structures existing on the property. Many California communities have already passed or are in the process of approving the ordinance including San Francisco, San Diego, Long Beach, San Jose, and Sacramento; however, only a couple of contracts have been processed in those areas combined.

The ordinance has already passed through Los Angeles County, but this motion only applies to unincorporated areas. The incorporated city of Los Angeles is currently in the process of approving the ordinance, according to Iesha Siler, a policy associate for the Los Angeles Food Policy Council (LAFPC).

“The main obstacle for people wanting to do urban agriculture is land. Either they don’t have access to it or it is too expensive to actually acquire,” Siler says. “The UAIZ policy will incentivize private property owners to have some meaning in how they use their land, which is huge because we don’t really have any other incentives.”

The ordinance now must go through two rounds of approval from the Planning and Land Use Management Committee and the City Council for it to become law in the city.

The hope for UAIZ is that it will benefit Californian communities in a number of ways. For instance, according to the LAFPC, the use of underutilized land for agriculture can increase the production of local, nutritious food in areas experiencing food poverty or poor access to fresh fruits and vegetables. Land may also be used for education about sustainable farming practices and healthy foods. Urban farming could create new jobs within communities and help to generate revenue from the resulting products. Finally, agricultural land use can reduce blight, which, according to Siler, is a term denoting a property that has been left unimproved that becomes a dumping ground in a community.

The future looks bright for local farmers regarding UAIZ, but challenges exist for the successful development of urban agricultural sites. Rachel Surls, the sustainable food systems advisor for the University of California Division of Agriculture and Natural Resources, believes that finding a match between a landowner and potential urban farmer will likely be the initial challenge.

“For many potential urban farmers, their idea is to have an urban farm in the neighborhood where they live,” says Surls. “If I live in one part of Los Angeles, I may not be able or willing to start an urban farm across town where there is a landowner willing to let me farm. Finding appropriate matches between potential farmers and willing landowners will take time.”

This difficulty has already been experienced in San Francisco, where, despite being in place for two years, the UAIZ program has only seen one successful development within the city, the 18th and Rhode Island Garden. Yet, Eli Zigas, the food and agriculture policy director for SPUR, a non-profit urban planning and think tank organization in the Bay Area, believes that much of the problem in San Francisco is the tight land market.

In San Francisco, despite being in place for two years, the Urban Agriculture Incentives Zone program has only seen one successful implementation in the city at the 18th and Rhode Island Garden (pictured above) Photo Credit: Eli Zigas.

“The hope was that a good number of owners would see an advantage to receiving the tax cut if they had no plans to do anything with their land in the next five years,” says Zigas. “What we are seeing is the incentive is not enough, even knowing they could get thousands of dollars in savings per year, to have interest in a longer-term commitment.”

Zigas hopes that a city like Los Angeles, where the land market is not as tight, will have greater engagement with UAIZ and impact on the communities. Still, despite the larger number of open plots in Los Angeles, the challenge is in finding the owners.

“I am more worried about getting in contact with the owners and explaining the policies to them,” says Siler. “Many are out of the country, and we don’t have current info for them, just a name and a mailing address for where the taxes go.”

For these reasons, the LAFPC has been conducting significant outreach efforts to attract potential land owners and urban growers for future partnerships before the ordinance is approved.

“We’ve been working with the county supervisor trying to tee up projects now so they are ready when things get started,” Siler says. “We already have urban growers who have let us know which areas they are interested in farming, and some already have land contracts that might be ready for the tax incentive.”

Other challenges include significant start-up costs for an urban farm, which may result in a barrier for some potential farmers, according to Surls. Sites may need significant upgrades, water lines, irrigation equipment, and other supplies, which can be a lot for urban farmers to manage on their own, especially when they will likely have to pick up and move after five years if the agreement is not extended.

“It’s going to be hard to leave a piece of land and move to another, yet this is the contract between parties that makes the UAIZ possible,” Surls says. “I would love to see the UAIZ program paired up with a local grant program to help cover some costs of start up for urban farmers in underserved communities.”

These communities, where food production and jobs are most critically needed may be less likely to have access to the necessary resources and funding for starting an urban farm, according to Surls. Finding funding sources, whether at the local or federal levels, may be vital for some of these projects to begin. Still, Surls believes UAIZ is a step in the right direction.

“I think it is best we view [UAIZ] as one tool in a toolbox to empower communities to grow food and meet other goals related to urban agriculture,” says Surls. “More work is needed at the state level and the local municipal level to address important issues that urban agriculture touches on.” 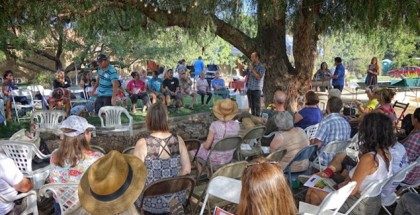 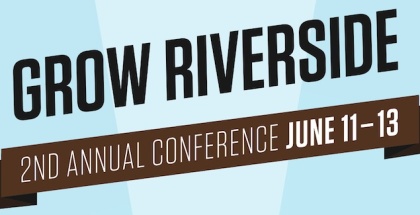 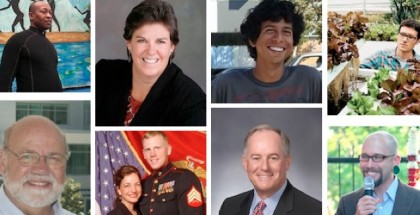