Dr. Gene A. Giacomelli, Director of the Controlled Environment Agriculture Center [CEAC] at University of Arizona 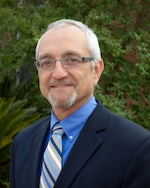 Doctor Gene A. Giacomelli is the Director of the Controlled Environment Agriculture Center [CEAC] at the University of Arizona in Tucson, Arizona, and he is a professor in the Agricultural and Biosystems Engineering Department, an adjunct professor in the Department of Plant Sciences, and a member of the Bio5 Institute. He recently completed Sabbatical leave in Italy with aerospace companies, Aero-Sekur and Thales Alenia Spazio, and with several universities, with focus on Bioregenerative life support food systems for Moon, Mars and Earth.

Dr. Giacomelli has lectured and studied in numerous countries around the world, including Abu Dhabi, Australia, Canada, Chile, England, France, Germany, Israel, Italy, Japan, Korea, Mexico, New Zealand, The Netherlands, Spain, Saudi Arabia, and Taiwan. He has chaired or organized international symposia or workshops in the U.S., Japan, Taiwan, Mexico, Italy and the Netherlands. He is an active member of numerous scientific and professional societies, serving as an officer and on technical committees for the American Society for Horticultural Science (ASHS), International Society for Horticultural Science (ISHS), American Society for Plasticulture (ASP), and American Society of Agricultural and Biological Engineers (ASABE).

He is the co-developer of two patented devices.

His long-term efforts include the continued development of the Controlled Environment Agriculture program at University of Arizona, which includes: educating undergraduates and graduate students in engineering, Plant Sciences and Ag. Education; researching controlled environment plant production systems; outreach through cooperative extension to the citizens of Arizona and the world; and collaborating with programs for economic development.